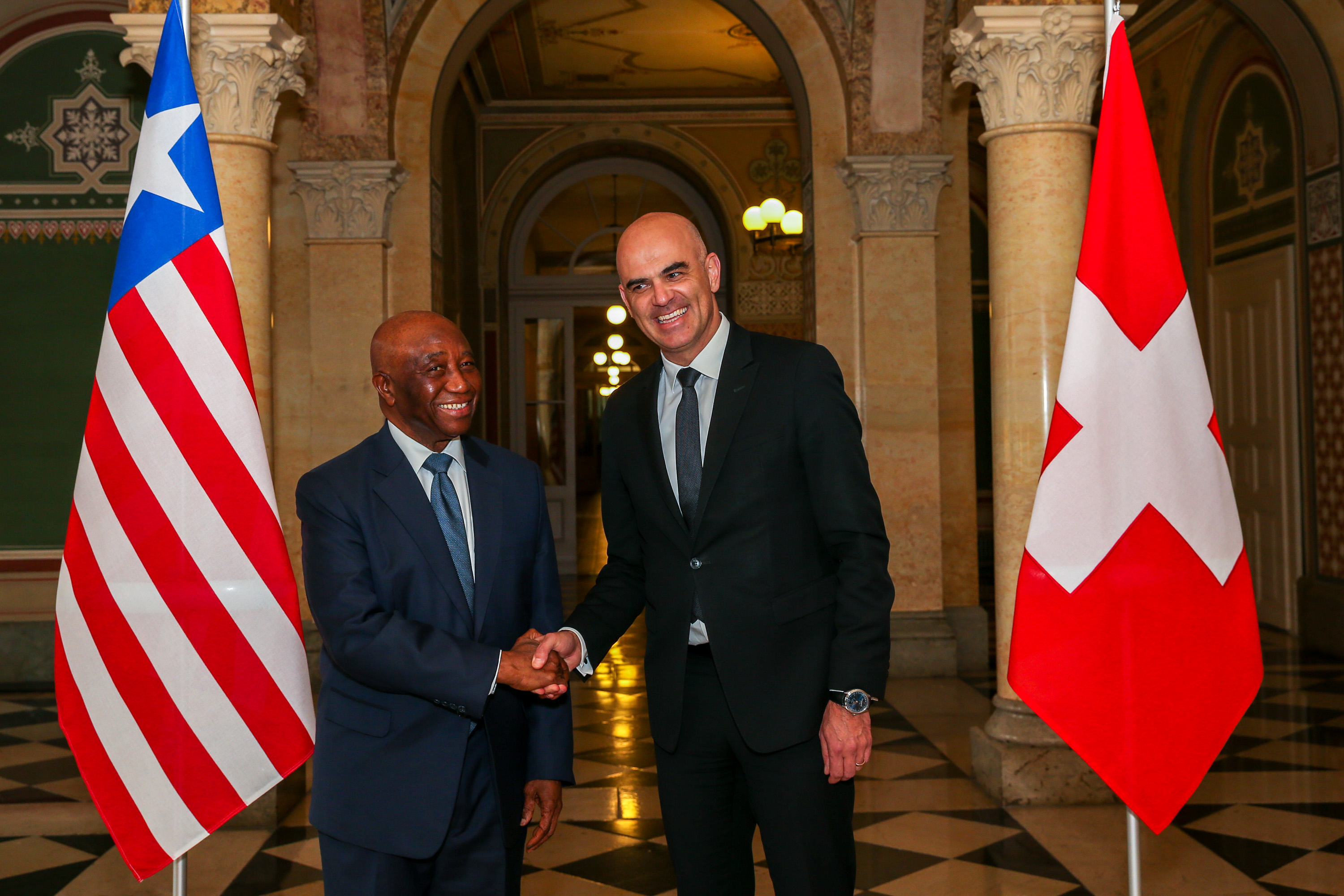 Bern, 22.03.2017 - Federal Councillor Alain Berset, head of the Federal Department of Home Affairs (FDHA) and vice president of the Federal Council, received the vice president of the Republic of Liberia, Joseph N. Boakai, for a meeting in Bern on Wednesday, 22 March. The talks focused on bilateral relations between the two countries and in particular on migration, justice and the economy – areas in which closer cooperation is sought Both parties welcomed the intention to further strengthen relations. After the Swiss Agency for Development and Cooperation handed its projects in Liberia over to a Liberian partner at the end of 2016, Switzerland has been represented since March by an Honorary Consulate General in Monrovia.

The talks on Wednesday also covered economic relations. Currently, Switzerland's main import from Liberia is gold. Mr Berset referred in that respect to the ‘Voluntary Principles on Security and Human Rights', which Switzerland was actively involved in drafting and which serve as guidelines for companies in the mining and oil sector. Liberia is not yet a member of the initiative, but has expressed an interest in joining.

Mr Berset and Mr Boakai also discussed issues relating to justice and migration. Liberia and Switzerland do not have a readmission agreement, but they carry out annual identification missions. The number of new asylum applications per year is in the low double-digit range and is following a downward trend. Efforts to establish closer judicial cooperation will focus on mutual assistance.

Democratic consolidation
Liberia is one of the West African states showing signs of democratic consolidation. The upcoming elections in October will be of crucial importance. In addition to bilateral relations between Switzerland and Liberia, talks on Wednesday also focused on the situation in the greater West Africa region. Liberia's President Ellen Johnson Sirleaf currently chairs the Economic Community of West African States (ECOWAS).